We had a plasure of delivering a panel session Predictors of tolerance toward otherness during 16th Congress of Polish Society of Social Psychology, September 20-22 in Poznan, Poland.

Opposite unique associations of collective narcissism and in-group satisfaction with hostility towards refugees via attribution of hostility
Karolina Dyduch-Hazar, Blazej Mrozinski and Agnieszka Golec de Zavala 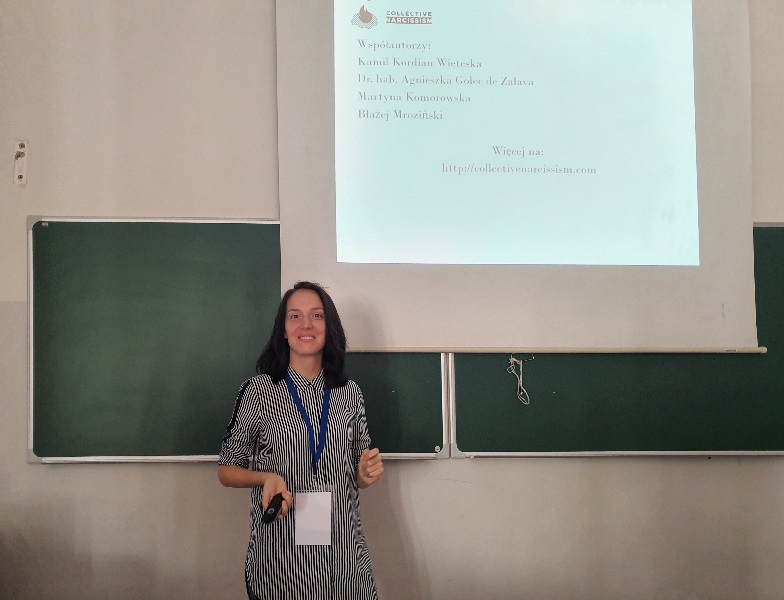 Our PhD Student, Jolanta Kramarz, presented results of research aimed at creating a measure of stereotype of blind people. Results of a large quantitative study showed that blind people are perceived not only as communal, but also as agentic. Further research is planned using the novel measure.