In November 2018, I have visited Surabaya, Indonesia to give a talk at a featured symposium on Collective Narcissism, Numinous Concepts and Well-Being during the 3rd International Conference on Psychology in Health, Educational, Social and Organizational Settings (ICP-HESOS) organized by Universitas Airlangga. Me talk presented results of our newest studies on the role of gratitude in reducing the link between collective narcissism and prejudice. I presented results of two correlational and one experimental studies. The cross-sectional studies show that the link between collective narcissism and prejduice is reduced among grateful people. This pattern was replicated in Poland and the US on prejudice towards Syrian refugees and Muslims, respectively. The experimental study tested the mindful gratidude meditation prepared together with Magda Mazurkiewicz, which Magda, professional midnfulness trainer, fabulously recorded for the study. This manipulation increased state gratitude. It also reducted the link between collective narcissism and anti-Semitism in Poland.

The Polish contingent collaborates with fabulous Dr Rakhman Ardi, the program chair of the conference and the Head of Department of Social Psychology and Personality. Ardi translated the Collective Narcissisn Scale to Javanease. He generously shared his translation with us. It can be seen among the other translations in Research Materials on our webpage. Ardi translated the Scale in collaboration with his student Diah Budiarti who I had a pleasure to meet and with whom I shared some very interesting conversations. Some of those conversations we had over the unforgettable single origin drip coffee in one of Surabaya most trendy coffee shops.

One interesting piece of knowledge I brought from Indonesia is what my last name means there. These are Wayang Golek: 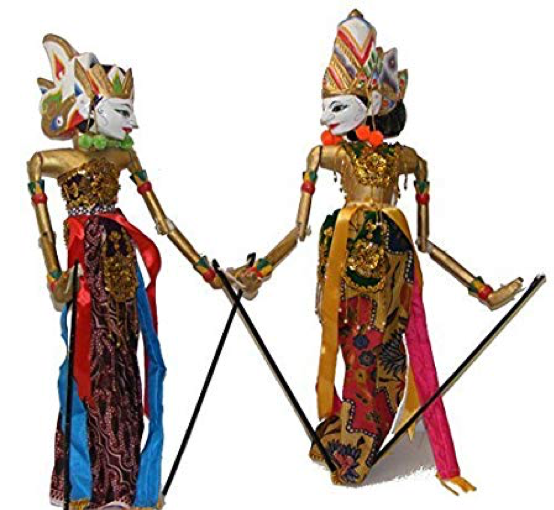